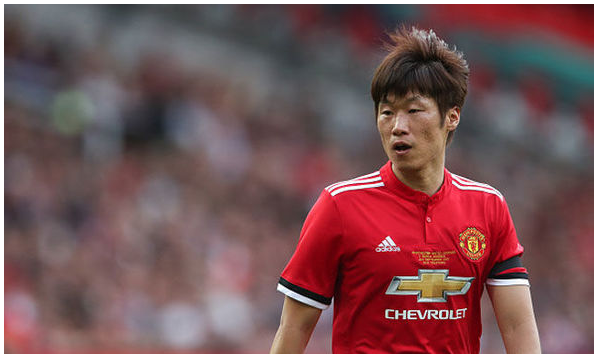 WHAT YOU DON'T KNOW ABOUT ANTI-10

Defeating a football team that builds from the back with intricate possession play demands several defensive tactics from a Manager. Playing a deep defence line in a mid or low block, hitting quick on the counterattack, utilizing set-pieces, and capitalizing on mistakes from players when they lose the ball are some of the key features needed to beat a possession based team.

However, there is another key tactic needed that is not always mentioned in the media because of the apparent difficulty in understanding it, and that is the role of the anti-10.

An anti-10 is deployed by mangers, when facing a possession based team e.g. Manchester City, Ajax, Barcelona, Arsenal etc to disrupt any form of build up from the back.

The anti-10 is deployed in the hole or space the normal 10 operates from, but rather than seek to create chances, the job of the anti-10 is to destroy play from deep, press deep-lying playmakers, shut down passing lanes and serve as an outball for long balls from behind.

The origins of the anti-10 tactics is obscure to the author, but one thing that is clear is that, the role of the anti-10 became increasingly rampant in the mid-2000s after the rise of possession based football in Europe.

The anti-10 was deployed heavily by Sir Alex Ferguson when Manchester United faced Arsenal in the 2000s, by Jose Mourinho at almost all the teams he managed, and by Pep Guardiola when facing Borussia Dortmund in a Bundesliga game in 2013. Although the role of the anti-10 has greatly reduced, as teams tend to press a unit and stay compact, the anti-10 still offers an interesting tactical view.

Below are 4 great performances from an anti-10 for a team that went on win the match or tie in focus in the past decade.

Alex Ferguson deployed his preferred front three of Ronaldo, Rooney and Tevez for the first leg of the tie at Old Trafford, with the game ending 1-0 after an early goal from John O’Shea in the 17th minute.

Ferguson went to the second leg knowing Arsenal will seek to play their possession style and try to link Fabregas passes with Walcott’s darting run down the right flank. To counter this, he deployed Ji-Sun Park on the left of attack, along with Rooney and Ronaldo, and dropped Tevez to the bench.

This tactical move was to negate Arsenal’s right wing axis of Sagna-Fabregas-Walcott and prevent them from spraying meaningful passes to each other.

Park’s job that night was to destroy Fabregas passes and creativity from the deep of the midfield, and track both Sagna and Walcott’s runs when Arsenal attacks.

Ronaldo, Rooney and Park combined well on the counter-attack with sheer pace, dribbling and technique to finish off Arsenal’s fragile defence who were always caught out of shape anytime they lost the ball higher up the pitch. Park ended the match with a well taken goal, Ronaldo scored two, with one from a long range free-kick, and United utterly dominated the game and had absolute control of the game when they had the ball at their feet.

Ferguson convinced by Park’s performance against Arsenal, decided to start him in the final against Barcelona with the same game plan: to destroy Barca’s build up play from the back; which however did not work.

But one can’t mention the 2008/2009 Champions League season without referencing this match which was by far United’s most convincing match in that season’s Champions League, in which they absolutely dominated and Park had a huge role to play in that 3-1 win as an anti-10. Jose Mourinho came into the second leg of the 2009/2010 Champions League Semi-Final against Barcelona a happy man. His Inter side had stunned Barca 3-1 in the first leg with quick, lightning counter-attacks and a disciplined defensive performance.

All Inter had to do in the second leg was to stop Barca from scoring 2 unreplied goals, and qualify for the final. Mourinho’s tactics was to defend deep and deny Barca space to work the ball, by utilizing two banks of four to defend across the pitch, with Sneidjer and Milito pressing from the midfield.

However, just 28 minutes into the game, Mourinho’s plans were shattered as Thiago Motta was shown a red card after a foul on Busquets. This forced Inter to deploy an ultra-defensive performance with only 55 passes completed, 14% of the ball possession and only 1 shot off target all game.

In a close examination of the game, Sneidjer’s job after Motta’s red card was to press Busquets and shut him down from completing passes. He was the only player permitted by Mourinho to stay high up the pitch to try to disturb Barca’s passing rhythm from the midfield. Busquets in particular was harried and pressed heavily anytime he had the ball at his feet, with Sneidjer both man-marking him, and shutting down his possible passing routes to Xavi.

Although, Barca did eventually score and win the match, Sneidjer’s intelligent marking of Busquets all game gave Inter some breathing space and allowed them defend with ease.

And, eventually, Inter’s purpose of qualifying to the final was achieved after a master class defensive performance. Pep Guardiola was welcomed to German football with a resounding 4-2 loss to Jurgen Klopp’s Borussia Dortmund in the German Super Cup. Dortmund’s pressing; speed and lightning quick counter attacks gave Pep a lot to worry about, as they totally tore Bayern’s defence into pieces.

Pep had noticed before the game that Sahin was responsible for Dortmund’s build up play from the midfield by spraying passes to the other midfielders and forwards. To counter this, Pep deployed Martinez --a fine all-rounder—to serve as the anti-10 with a primary job to stop Sahin’s build-up play, and destroy any meaningful play combination from Dortmund’s midfield.

The trend of Martinez tracking down Sahin everywhere he was, continued for the entire first half with neither side able to create any meaningful chances. Dortmund could not come up with an alternative plan to this new threat, while Bayern were desperate to tire out Dortmund by either passing the ball around, or intently wanting to shut down play by pressing all their ball carriers- Sahin in particular.

However, in the second half, Pep released the hand brakes, Kroos was allowed to play in his creative midfield role, Gotze came on as a false nine, and Bayern completely blew apart a tired Dortmund, with 2 quick fire goals from Robben and Muller in the last 5 minutes of the match.

Although, the match is mostly remembered for Gotze’s goal against his former team, and Bayern’s absolute dominance in the second half, Javi Martinez’s first half master class performance in tracking and shutting Sahin can’t be over emphasized.

Jose Mourinho had not won away against a top-six team in 11 attempts before this meeting against an Arsenal side that had won all their Premier League home games in the 2017/2018 season. Arsenal had multiple threats in Sanchez, Lacazette and Ozil, and to counter this, Mourinho set up in a 4-2-3-1 formation that sat deep and attacked mainly on the counter. United killed off the game as early as the 11th minute with goals from Valencia and Lingard.

Lingard’s role in the game was as the central player in the 3 man attacking midfield behind Lukaku, and was the only player harrying and pressing Arsenal’s defenders sometimes manically. Lingard’s goal was as result of his high pressing on Shkodran Mustafi who inadvertently gave the ball away and led to the goal.

All through the match, Lingard was instructed to lead the United’s press against Arsenal’s creative players by using both his pace and intelligence to block off Arsenal.

Although Arsenal did record a whooping 33 shots, with 15 of them on target, United were the more convincing team and always looked dangerous when attacking. And to be honest, Lingard did played a huge role in the game, scoring two well taken goals, and registered 3 of the 4 shots on target United had in the game.

As noted earlier, the anti-10 is no longer a trending fashion, as teams have learnt how to press and stay compact as a unit, rather than deploy few players to press.

However, despite its decline, the anti-10 role still offers an interesting tactical weapon in winning and dominating games.