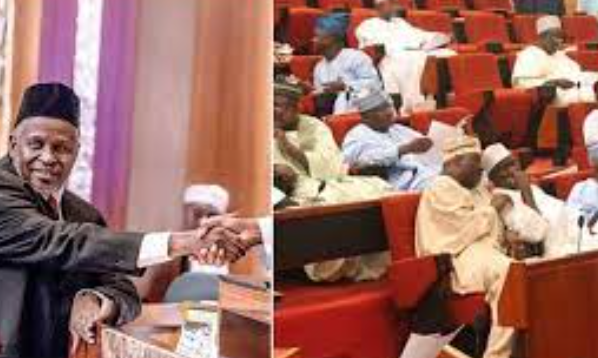 The Senate has resolved to continue with its investigation of the allegations leveled against the former Chief Justice of Nigeria, Justice TANKO MUHAMMAD.

The Senate made the resolution following a motion moved by the Chairman of the Senate Committee on Judiciary, Human Rights and Legal Matters, Senator OPEYEMI BAMIDELE.

The lawmakers mandated the committee to go ahead with its initial mandate of finding long-lasting solutions to the crisis at the Supreme Court by investigating the complaints raised by 14 justices of the Supreme Court.

The Senate also directed the committee to engage with relevant stakeholders in the three arms of government and other stakeholders to gather opinions on the measures needed to address the crisis facing the judiciary.