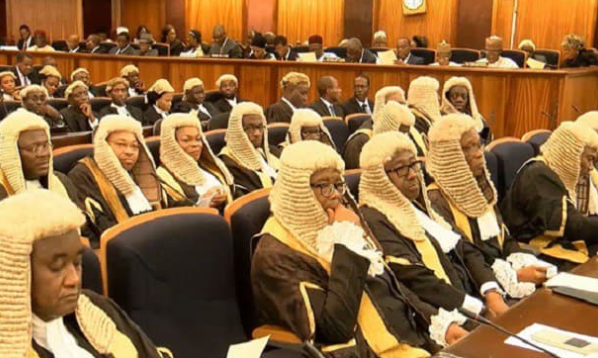 The National Industrial Court has fixed July 15 to hear a suit seeking an increase in the salaries and allowances of judicial officers in the country.

Justice OSATOHANMEEN OBASEKI-OSAGHAE fixed the date for judgment after the parties in the matter argued and adopted their final written addresses.

Counsel to the plaintiff, ADEGBOYEGA AWOMOLO in his final address insisted that the salaries and allowances of judicial officers have remained the same since 2008.

He added there is an urgent need for an upward review in order to avoid litigants and lawyers appearing before judges who are highly underpaid.

The defendants in the case are the National Assembly, the Revenue Mobilization Allocation and Fiscal Commission, the Attorney-General of the Federation and the National Judicial Council.