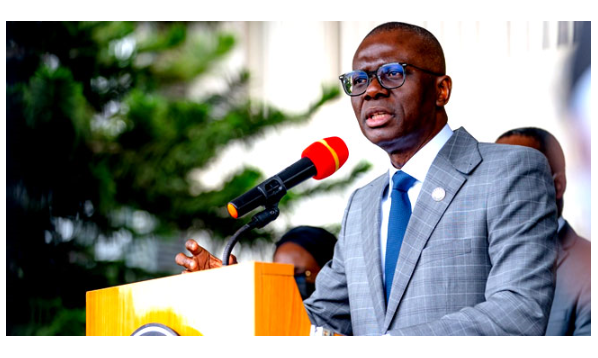 Lagos State Governor, BABAJIDE SANWO-OLU, has said he has ordered the release of those arrested during the one year anniversary of the #EndSARS protests in the state.

This followed the memorial procession held on Wednesday at the Lekki tollgate, in honor of victims of police brutality and to commemorate the one year anniversary of the protests that forced the Nigeria Police to disband its Special Anti-Robbery Squad (SARS).

Governor SANWO OLU commended the police for identifying and isolating troublemakers from law-abiding people who conducted themselves in line with the laws.

While extending a hand of fellowship to the youth to be stakeholders in the development of the state, the governor reiterated his commitment to reconciliation.

He also asked the young citizens to join the rebuilding effort in order to restore the operating capacity of institutions affected in the violence recorded in 2020.